Way before I had heard of Facebook’s Farmville, I was already living in it. I was quite amused at this virtual internet application of what was, to me, daily hacienda life in your computer at home. Where I come from, haciendas are aplenty and agriculture was, and still is, the lifeblood of our provincial economy.  As it was, I had figured by then it was my destiny to someday be living off the land, and here I was learning this thing called  organic farming.

In comparison to others, this hacienda I lived in was but a tiny speck in a sea of vast sugar plantations that one can see in the province of Negros Occidental. It simply was a different farm with different things in it. We did not have one single sugarcane plant, for starters. A rarity in this land they had often referrred to as Sugarlandia. This fertile province had been producing most of the country’s sugar since way before I was born, and this place was full of interesting stories about the wealth that this industry had generated and the characters it had spawned. We were the odd one. We grew vegetables anf fruits, raised chickens, bred composting worms and only used what came from nature. Organic farming it was called, and our farm was quite known for being one of the first ones. People started businesses from what they learned here. It was a showcase for integrated organic farming, using very little land to its full potential.

Hacienda Buro Buro is our family farm. As kids, me and my brothers had spent countless summers swimming in the mineral water pool, camping in the orchards and climbing the many fruit-bearing trees that filled it. It always had a special appeal to me, and I remember telling a friend many years ago that I would live here someday. In the years that I had been away, my folks built a  house in the farm where we traditionally had family celebrations. Nobody really lived there and I had decided this was going to be my home now, it was the start of 2008.  So here I found myself , fulfilling a self-made prophecy and moving home to Farmville. I have not looked back and will be living there for a long time. After a long journey, I was finally home. 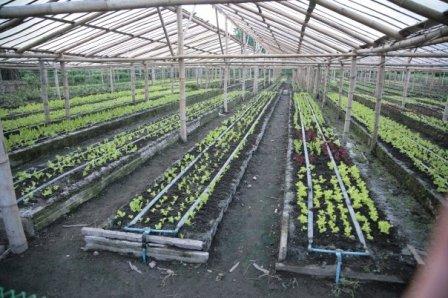 The African Nightcrawler Worms, which were being bred in the farm were a source of much interest to people. People came from all over the country to see them and my parents went all over the country teaching about them. They were considered the pioneers of Vermiculture in the country and had helped start this organic revolution we see happening now. And it was still about the worms, these little nightcrawlers. My mom called them by a pet name, “Eugene” , taken from their scientific name. They first appeared in Africa but have since been used in tropical countries like Cuba. There are over 200o different species of these worms worldwide and composting is their purpose for existing. Like some cartoon characters, they were known as wonder creatures. They made fertilizer from all sorts of things, they renewed the soil and most of all, they generated a steady income stream. We were supplying most of the worms being used around the Philippines as the first commercial breeding farm of these tiny creatures. This became my first lesson in Farmville, observing these nightcrawlers and what they did. I continued to learn more about them as life moved slowly. We have actually sold over 6000 kilos of these over the last 12 years. I was amazed. 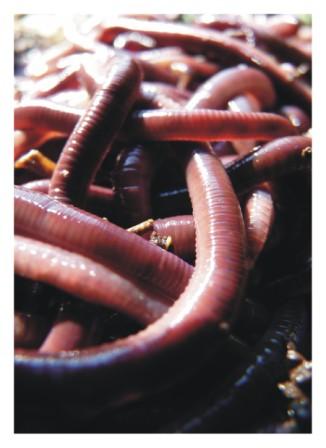 Scientifically known as Eudrilus Euginae, they were interesting subjects of study for most people. They were true hermaphrodites, which meant they were both male and female.  Everyone bred with everybody else around and they multiplied so fast, you could hardly keep track of them. But I envied these little things. They, not me, lived the life as we would call it. They had free housing, free food, all the sex they wanted every single day. They ate so much I would never be able to match them, foraging on shredded farm waste and consuming as much as their own weight each day. They were also expensive little things, costing more than premium beef per kilo and demand was constantly increasing by the year. We became very good friends, naturally. I had to learn about them and the best way to learn was to make friends with them. They still amaze me to this day, and I’ve carried them with me wherever I’ve gone to build organic farms.

We have since become partners. They became an integral part of my work and started a career for me introducing them to other people. We’ve built farms in remote places, helped natural farmers and have travelled to beautiful islands as well. We’ve truly had one hell of a great ride together.  Welcome to Farmville. Live.